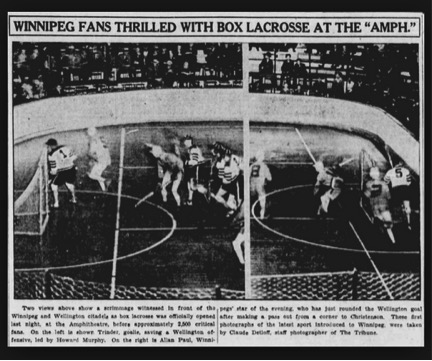 1932 and Box lacrosse is the new game in town

In 1932, the Canadian Amateur Lacrosse Association officially announced that Box lacrosse would supplant the long established 12 man field game as the official format for the Mann Cup.

The sporting crowd wonders if the game will be accepted?

The game is showcased in Winnipeg in May, 1932 and is warmly received.