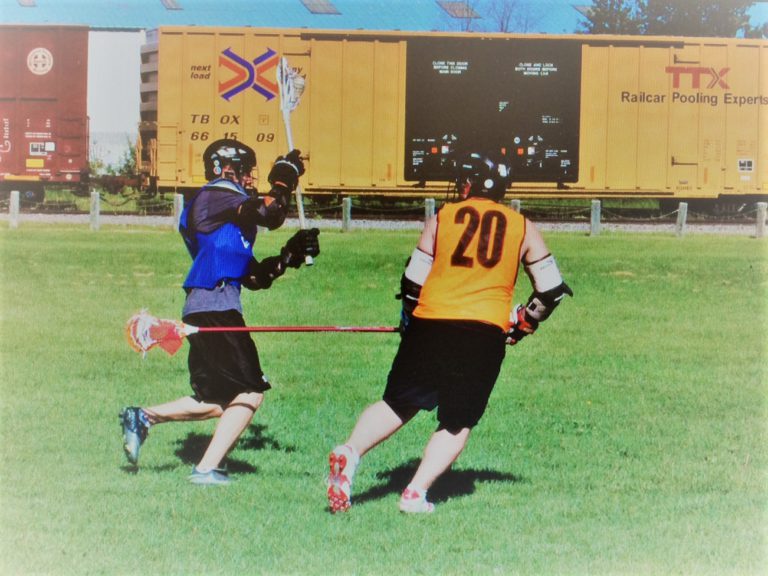 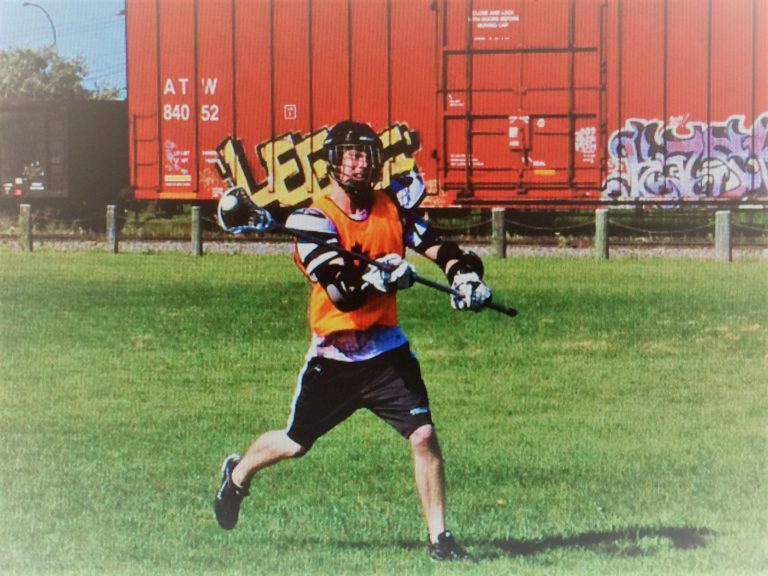 Lacrosse in Manitoba returned to its origins in the 1980s as field lacrosse again became prominent. Field lacrosse allows for more players to roam in a much larger space, but Manitoba's box lacrosse players had to get used to the different rules regarding physical contact in the field game. Moreover, local players were used to the confined spaces of box lacrosse, where stickhandling and passing skills were prioritized in tight quarters. But a core group of players from Winnipeg's dominant box lacrosse sides - Elmwood, the East Side Stars (formerly the North Stars), and the Winnipeg Warriors - took up the challenge to play field lacrosse and within five years were national champions.

The decision to try field lacrosse came in the late-1970s and early-1980s as Tom Parker accepted an invitation to play an exhibition game in North Dakota. An early unfamiliarity with the different rules and style of play of the field game turned around as the Winnipeggers superior stick skills shone through. "We actually ended up beating them by ten goals," remembers Dave Gillis. "We were amazed by that and now we were hooked on field lacrosse." A subsequent trip to the national championships in Victoria, however, served as a wake-up call, reminding the Manitoba team that players from BC and Ontario had considerably more experience. The experienced box lacrosse players had much work to do to compete nationally in field lacrosse.

The efforts paid off and in 1985 a Manitoba team won the province's first-ever national championship in lacrosse (in any discipline and at any age level). Travelling to Toronto for the national Division II field lacrosse championship tournament, the Manitoba team captured the Victory Trophy, defeating the Ottawa Lasers, 16-5. Manitoba hosted the tournament the following year and defended their title at the Velodrome Stadium in Winnipeg, defeating the Wallaceburg Field Lacrosse Club (Ontario), 16-5.

In 1987, the Manitoba squad decided to raise its level of competition and compete in the Division I championship. The Iroquois Nation team had decided to challenge the Ontario and BC teams for the Ross Cup and Manitoba was invited to round out the tournament field to an even four teams. Competing against the country's best field lacrosse players, the Manitobans - less than a decade after taking up the field game - barely missed out on the bronze medal, losing to the Iroquois team, 13-12. Manitoba did capture the Division I bronze medal in 1989 before returning to Division II, where the team would once again win the 1995 national championship, along with numerous silver medals (1991, 1992, 1996, and 1999).

This first generation of championship Manitoba field lacrosse teams included a number of star players from the Winnipeg senior lacrosse box lacrosse scene. Having honed their field lacrosse skills, the exposure afforded by national tournaments brought recognition to some of Manitoba's best players. Numerous members of the 1985 and 1986 teams were named tournament all-stars, including goalie Willie Trowell, defensemen Joey Harris and Bill Klyzub, and attackers Dave Gillis and Doug Deschner. Yet it was attacker Keith McLennan who was named tournament MVP in both 1985 and 1986. In 1985, when Manitoba won its first national championship, Tom Parker was named top coach. The same year, McLennan and Peter Isfjord were invited to Toronto to try out for the Canadian national team, the first Manitobans to have ever received such an invitation. But it was McLennan ("Mac") who was among this era's most prominent players, consistently making field lacrosse tournament all-star teams while also regularly leading the local senior box lacrosse league in scoring.

McLennan's companion at the national tryouts in 1985, Peter Isfjord, was a member of one of Manitoba's prominent lacrosse-playing families. Growing up in Winnipeg's North End, the Isfjords played in the Nor'westers program out of Boyd Park Community Centre. Norm Isfjord's career in lacrosse resulted in him becoming an accomplished referee at the provincial, national, and international level.  Joey Isfjord too played for the Nor'westers at a young age and remained with the program as it became known as the Winnipeg Warriors, winning three straight junior championships. The Warriors senior team, which included Joey Isfjord and fellow Hall of Fame inductee Glen Henkewich, won five consecutive senior championships from 1986-1990 while going undefeated for three straight seasons (1987-1989).

The success of the Warriors was indicative of the continuing stability of box lacrosse in Winnipeg during this period, at both the junior and senior levels. The number of teams in each league remained steady at three to four. The identity of the teams, however, differed from previous eras. In 1992 the senior teams included the Players, North End Chiefs, Elmwood Chargers and Fort Alexander, while in 1996 the teams included the Chiefs, Ojibway, Chargers, and Kirkfield Westwood.

Beyond the emergence of field lacrosse, the other major development of this period was the rebirth of lacrosse programs in Winnipeg for players of younger ages. A non-contact pee wee (children 11-12) program was started in 1988 and subsequently supplemented with bantam (13-14), midget (15-16), junior A and junior C programs. At its peak in 1992, the minor league program had 825 players and 55 teams. The program added tyke (under 8), novice (9-10), and intermediate (17-18) leagues, although the intermediate league was dropped along with the junior C program to create a junior B (17-21) program in 1997.

The peak of these development efforts came in 1990 when the Winnipeg junior program produced a team that captured the national under-19 field lacrosse championship, the First Nations Trophy, by defeating the Oshawa Blue Knights (Ontario), 19-5. The team was led by Roland Bruyere of Sagkeeng First Nation and Gary Audette, whose 16 goals led the tournament in scoring. The resurgence of youth lacrosse symbolized by the 1990 First Nations Trophy victory ushered in a period of development that would see the game reach new participants.

The city of New Westminster, British Columbia, petitioned the Canadian Lacrosse Association to host a new Canadian Lacrosse Hall of Fame in 1963. Selection of honoured members began in 1965. The museum officially opened in the centennial year of 1967 and included the Hall of Fame's first three classes of inductees. Among its artifacts, the museum collection includes both the Minto and Mann Cups. The museum moved to its new premises at the Anvil Centre in downtown New Westminster in 2014. In the same year, Harry Nightingale became the second Manitoban to be inducted into the National Lacrosse Hall of Fame, joining Dick Buckingham (1977).

"We were going to Victoria to play at the [field lacrosse] Nationals and we got a bit of a rude awakening out there. They had some of the top players in Canada but it was a growing experience. We had the talent, we just needed the experience and the competition to grow, and we did that in '85."