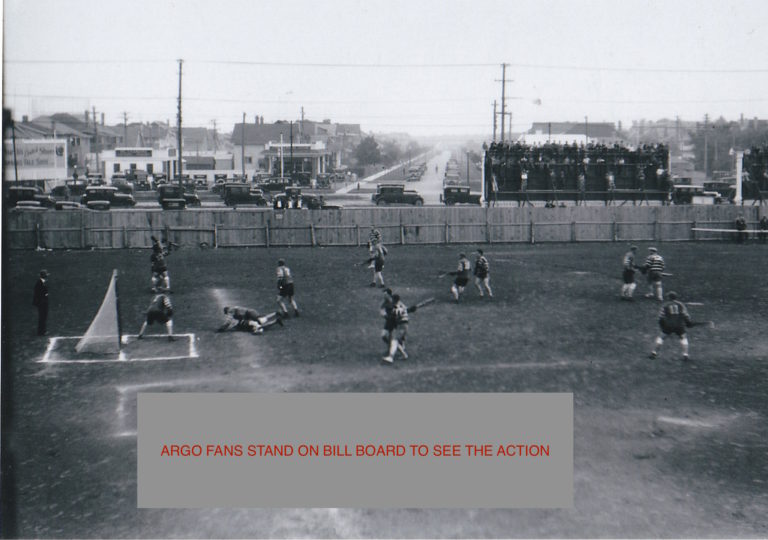 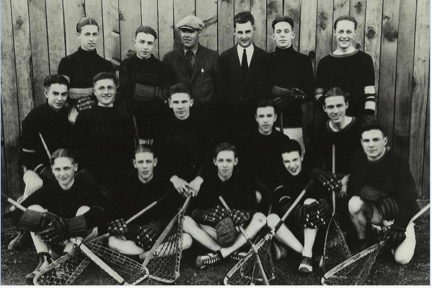 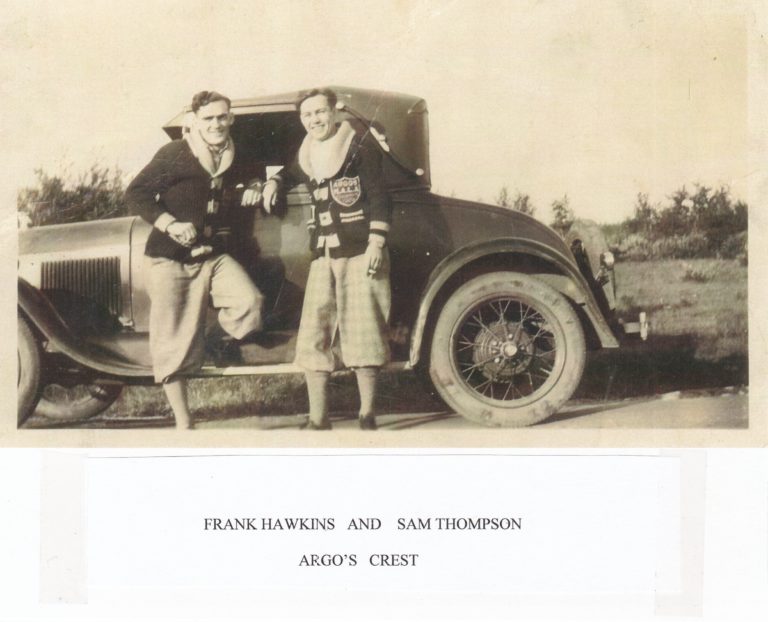 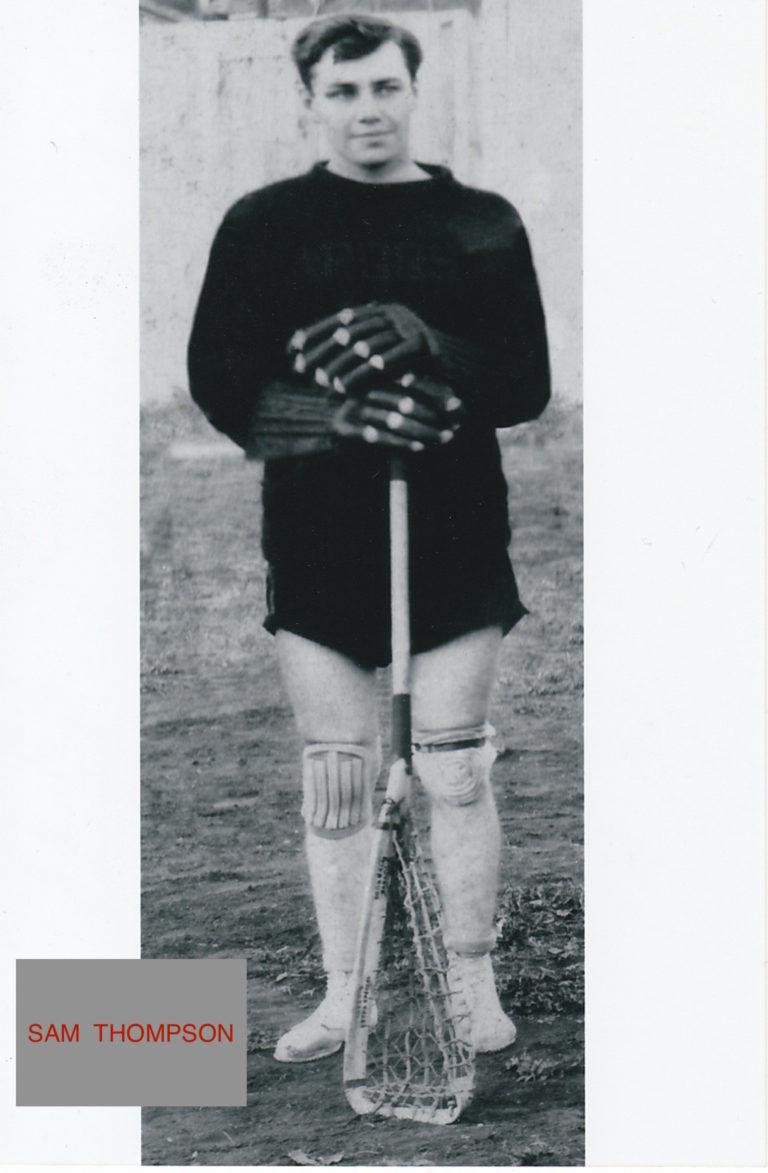 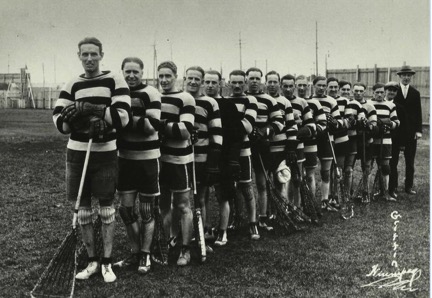 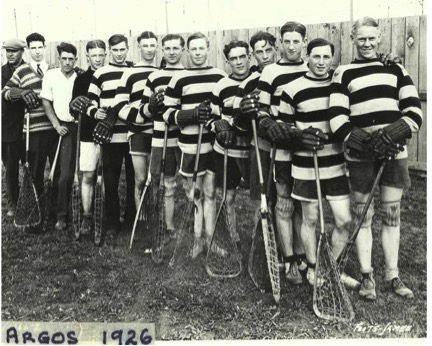 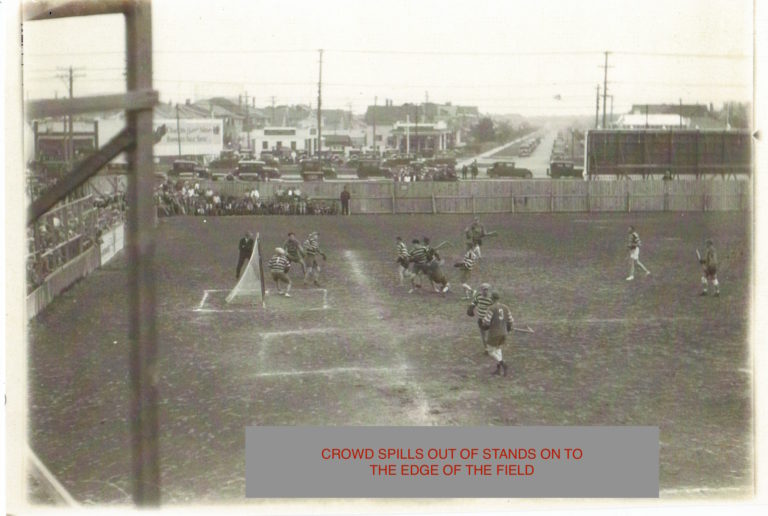 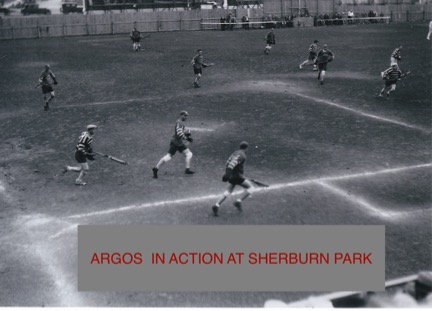 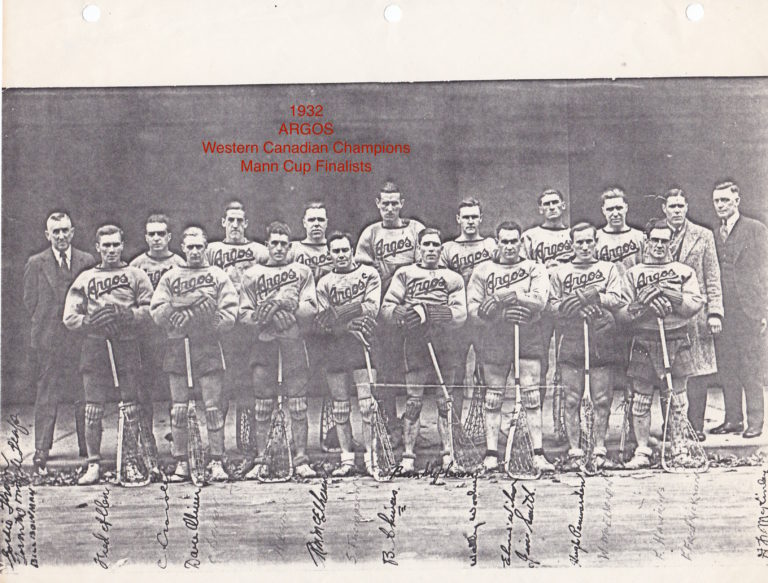 In 1912 sport and playground activities were under the control of the City of Winnipeg Playgrounds Commission. The commission provided programming for children in the summer and flooded hockey rinks in the winter.

From 1900- 1914 Winnipeg population exploded and a large number of amateur athletic associations and leagues were developed to meet the needs of the expanding population. These associations catered to adults and children. The role of the city was to work with these groups to encourage and promote good clean amateur sport.

One of these groups was a multi-sport organization in west end of Winnipeg- The Argonaught Athletic Association. Under the leadership of Harold F. McKinley, a local businessman, meetings were held and the Association was formed with the goals of: keeping young peoples’ minds occupied with good thoughts, organizing lacrosse and hockey participation in local house leagues, representing the west end in the city leagues, and competing for provincial and national championships.

A lot north of Preston was procured and change building, rink, and playing field was built. In the first year of operation, the Argos operated a youth lacrosse house league and the Senior lacrosse team finished second in the city league. As the Association grew it was decided other sports would be offered but the emphasis would be on building the lacrosse program. This decision lead to the Argos becoming one of the most successful lacrosse programs in the 1920’s and 1930’s with hundreds of boys playing lacrosse each summer. As well the Argos captured Midget Championships in 1921, 1922, 1924, 1926, the Juvenile Championship in 1924, and Senior titles in 1932 and 1933. The senior team that competed for the Mann Cup in 1932 had their roots in the minor teams operated by the Argos.

The Argo named lived on until the 1950’s (as a Senior team), but players were starting to play under the banners of the newly formed community centres in the west end- Isaac Brock, Orioles, and West End (in the late 40’s the Argo Junior team chose to play under the name West End).

The sport of lacrosse was going through significant changes during the 1920’s and 1930’s evolving from a 12-player game played on a field to a 7-man game played in a hockey rink. This new version of lacrosse called “boxla” took off in Winnipeg with younger players playing outside within the boards of hockey rinks and the junior and senior teams playing indoors at the Winnipeg Amphitheatre. The Argos proved adept at both games winning provincial championships playing field lacrosse in the 1920-30’s and winning the first Senior box lacrosse championship in 1932 . These changes put the Argos on the road to the first Mann Cup played under the rules of box lacrosse.

By capturing the Manitoba Senior Championship, the Argos won the right to play the Squamish Indians, champions of British Columbia. The Winnipeg Tribune described the Squamish crew as the “greatest lacrosse team that ever stepped on a playing surface in Winnipeg.”

In the first game of the two game total point series, the Argos fell behind early after a shaky start. Earlier on in the game as the Argos struggled to keep up with the slick passing Squamish squad, but the Manitoba champions were kept in the game by the superb goal tending of Frank Hawkins. Down 5-2 at the end of the first period the Argo come back was paced by the Benson Boys, Harold and Charlie, who scored four goals in the second period. The Argos fell behind six times, battling back each time, with the game ending in 12 – 12 draw. Charlie Benson scored the tying goal with just over a minute left in the fourth period. The Argos proved that a team that refuses to be beaten is hard to beat.

The second game was played the next day at the Winnipeg Amphitheatre. The Argos came out flying- the Winnipeg Tribune described the Argo attack as whirlwind that swept Squamish back to British Columbia. Frank Hawkins was again a stalwart in goal turning back any challenge the BC champs would muster. The final score was Argos 16 and Squamish 9.

Winning the two game total point series, the Argos won the right to advance to the Mann Cup against the Mimico Mountaineers who defeated Fergus in the Ontario championship series.

After a long trip on the train the Argos faced the Mountaineers in Toronto. The game did not go well for the visitors, losing 16-6. While being out scored decisively, the Winnipeg Tribune described Argos as putting up a “strong fight throughout the game that impressed critics”.  This was the first ever Mann Cup Championship played under the rules of box lacrosse.

The second game did not make the Argo’s work any easier, as Mimico clinched the Mann Cup with a 4 – 2 victory. The Argos made the Mountaineers work for the victory with heavy body checking that upset the smooth short passing game of the Mountaineers. The stout defense and the fine goal tending of Frank Hawkins kept the game close, but the road weary, short-staffed Argos (Charlie Benson had to go back to Winnipeg to continue his medical studies) could not muster enough offense to push the series to the third game. A second period out burst of two goals gave the Argos a short lived lead. While losing the series two games straight, the play of the Manitoba representatives brought praise from the lacrosse savvy lacrosse fans of Ontario.

In the Mann Cup, travel expenses of the visiting team are paid by ticket sales, but lagging ticket sales for the two games left the Argos in the lurch- not having enough money to travel home. Fortunately, the gate revenue and some support from the CLA, the Argos were able to get back to Winnipeg safely and on time.