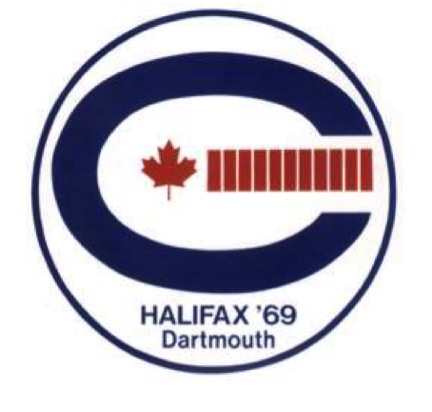 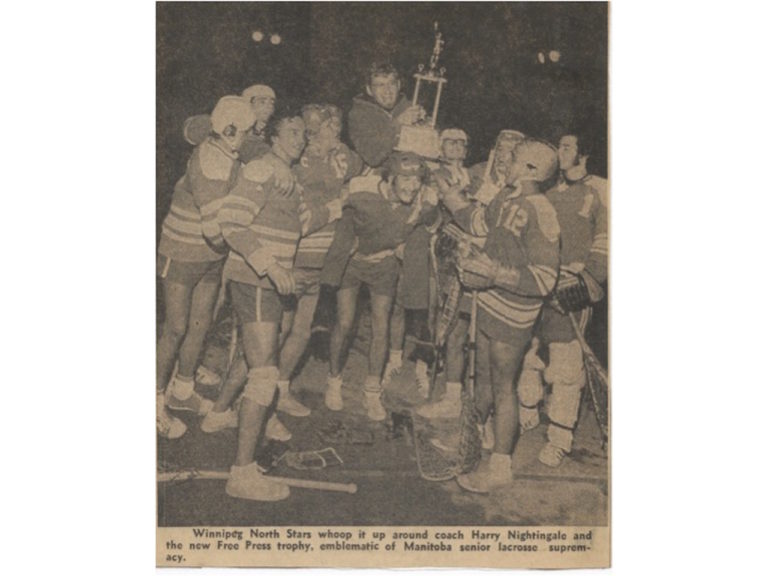 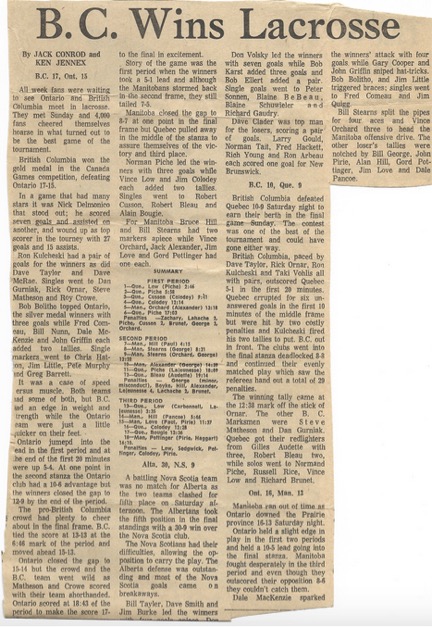 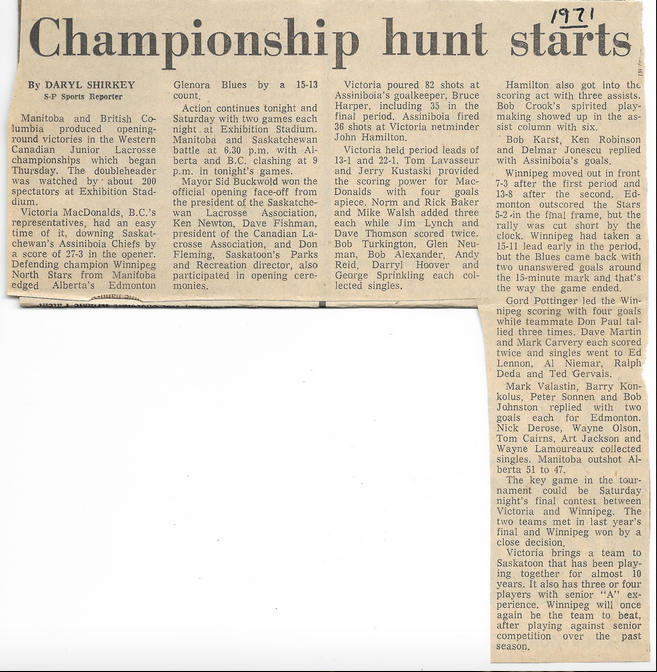 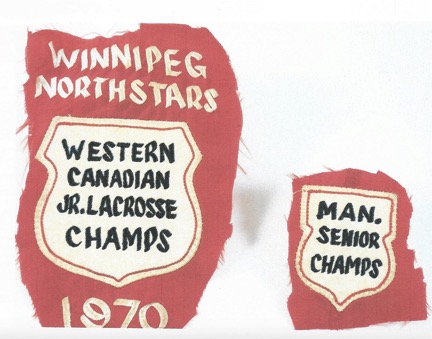 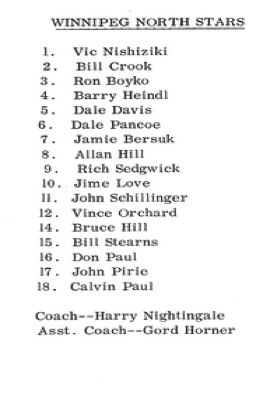 In 1967 Harry Nightingale had a vision. He felt that the young players in Manitoba could compete against other provinces for Junior Lacrosse Supremacy, if only they had regular high-level competition. Nightingale believed that a team of junior aged players competing against stiff competition of teams in the Winnipeg Senior Lacrosse League could create a team that would be competitive at the national junior championships- especially teams from Ontario and British Columbia.

The 1969 North Stars proved worthy competition in the senior league, losing to the Elmwood Shamrocks in the finals. Competing in the senior league prepared the North Stars to attend the first ever Canada Games in Halifax, Nova Scotia. The team did well in the round robin tournament losing to Ontario (16-13) in the semi final game and falling to Quebec (10-8) in gthe Bronze Medal Game.

In 1969 The North Stars not only stayed competitive at the senior level, they beat The South End Olympics in the semi-finals of the playoffs, only to lose to The Elmwood Shamrocks in the finals ( 3 games to 1 ), In 1969 it was the first Canada Summer Games and The Winnipeg North Stars would represent Manitoba in Halifax, NS. They did amazingly well, they met Ontario in the semi-finals and lost 16 – 13 in an extremely hard fought game. British Columbia beat Ontario in The Gold Medal Game. Manitoba lost The Bronze Medal 10 – 8 to Quebec. The Canada Games team included:Bill Stearns, Bill George, Bruce Hill, Don Paul, Rick Sedgwick, Gord Pottinger, Al Hill, Dale Pancoe, Jim Love, Ron Boyko, Vince Orchard, John Pirie, Jack Alexander, Al Stewart, Brian Haggart, Harry Nightingale – Coach.

At the end of the 1972 season, Nightingale recognized that the North Stars had done their job of raising the level of junior lacrosse to point there were sufficient enough junior players to have a strong competitive junior league in Winnipeg. As well in 1972 graduates from the Winnipeg Minor Lacrosse Association started to fill the junior ranks creating strong junior teams in Elmwood, the North End, St. James, and St. Boniface.

In 1973, North Stars entered the senior loop as a senior team composed of graduating Junior North Stars as well as a number of senior players from other squads. This team captured the Provincial Senior League Championship by beating The St. Boniface Clubs in the final. At the Nationals the North Stars proved worthy foes battling powerhouse teams from Ontario and British Columbia.

The North Stars must be considered one of the most successful teams of Manitoba lacrosse history. Not only were they competitive at the national level, they spawned numerous players who went on to fill the junior and senior leagues for the next 10 years.