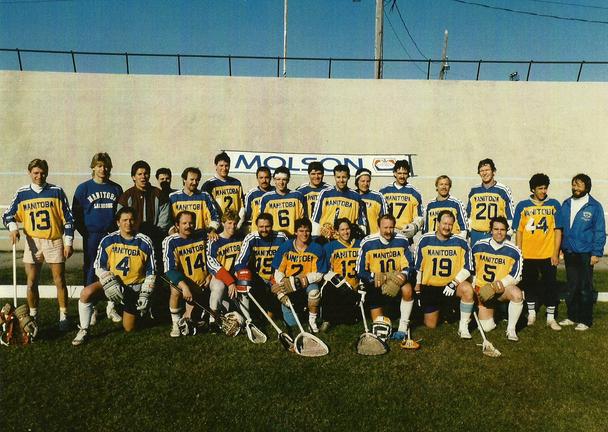 In 1986 the Manitoba Field Lacrosse Team repeated its success by winning the National Division II Championship at Velodrome Stadium in Winnipeg, defeating Ontario’s Wallaceburg Field Lacross Club by a score of 16 to 5 in the final.