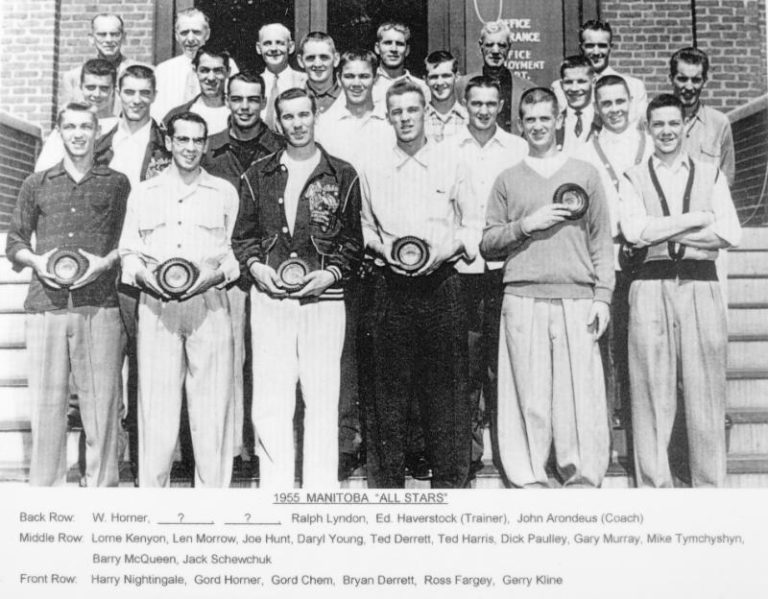 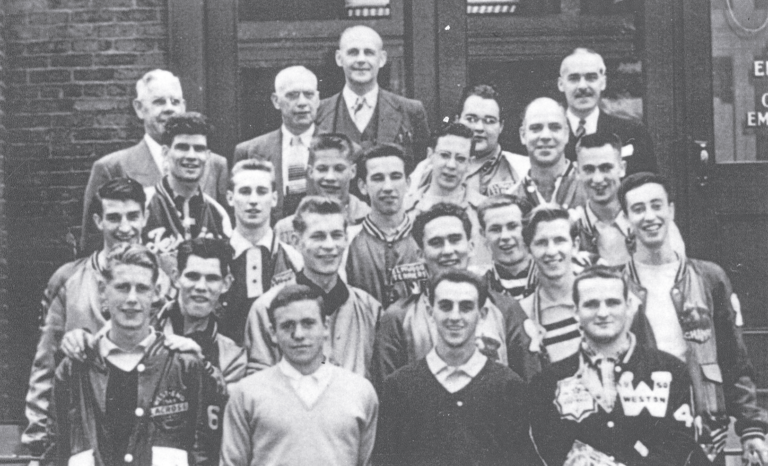 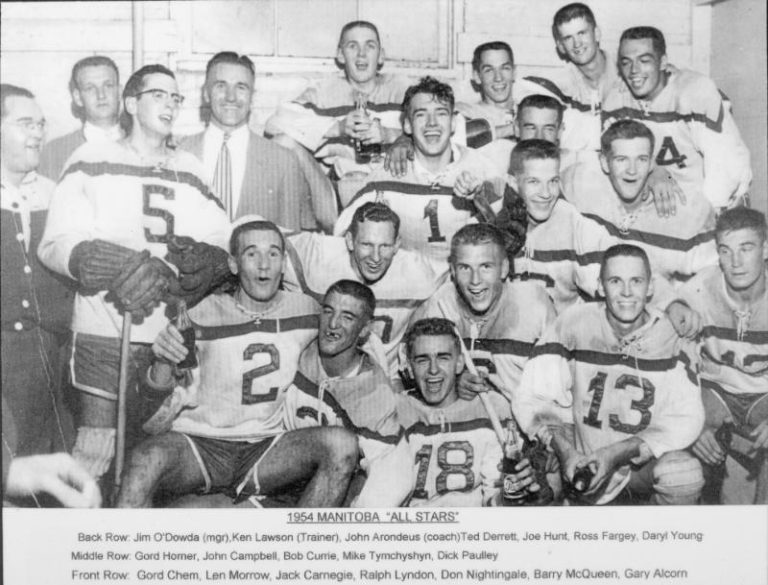 The Manitoba All-Stars teams were comprised of the best Junior box lacrosse players in the province.

These teams did not participate in a league; rather the players competed on club teams and then were selected to the provincial all-star team.

The best lacrosse teams in the country hailed from southern Ontario and the BC coast. When travelling to face one another, these teams regularly stopped in Winnipeg to play exhibition matches. In 1946, for example, the New Westminster Salmonbellies were headed east to play St. Catharines for the Mann Cup. They stopped over in Winnipeg and beat the Elmwood Pats, 25-8, in an exhibition at the Olympic Rink.

Beginning in 1947, Winnipeg teams annually competed against either BC or Ontario teams as part of the playdowns to the national junior championship, the Minto Cup. The breakthrough came in 1951. Having failed to advance past the semi-finals in previous attempts, an All-Star team reached the Minto Cup finals in 1951, repeating the feat in 1954 and 1955. The 1954 semi-final victory over the Long Branch Monarchs was notable for being the first time a Manitoba team defeated a team from the east.

The All-Stars appearance in three Minto Cup Junior ‘A’ box lacrosse finals is unmatched in Manitoba lacrosse history. In 2017, the 1954, 1955 teams were inducted into the Manitoba Sports Hall of Fame.

1954 MB Juniors off to National final