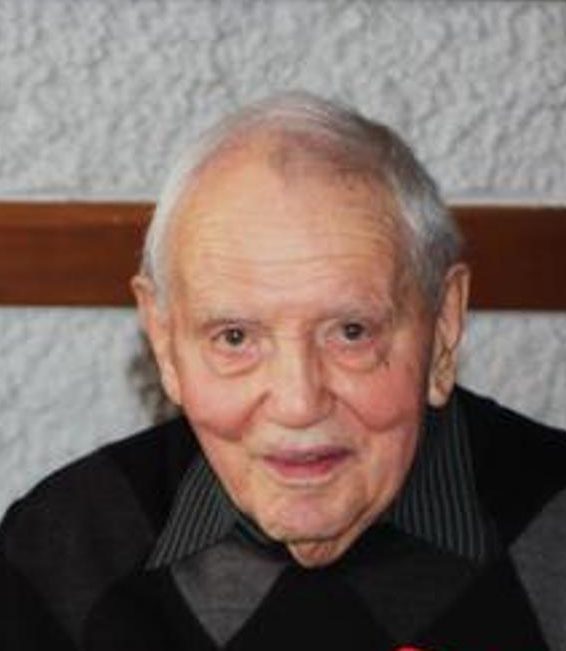 Ray Ogston was a hard-nosed prolific goal scorer for the Elmwood Pats in the 1930’s. In the 1930’s he played on nine championship teams in three age divisions. His scoring prowess and toughness lead to a invitation from the Orillia Terriers Senior A team, where Ray played two seasons before spending four years in the Canadian Navy during World War II. Upon his return from the Navy, Ray was involved in the formation of the Elmwood Terriers minor lacrosse program and the building of Winnipeg’s first hard-topped lacrosse box (at what would become Kelvin Community Centre).

Ray was an all round athlete excelling in football, hockey, bowling, and golf but growing up just east of what was the Elmwood Community Club (later Kelvin Community Centre), it was almost inevitable that he would discover and play the game of lacrosse. The Winnipeg Free Press described him as “a good hockey defenseman, but a much more skilled lacrosse player”.

Lacrosse in the east part of Winnipeg was organized under the banner of the Elmwood Pats. With the demise of the Winnipeg Schools Lacrosse League in 1929, there was little minor lacrosse, so Ray, a Bantam age player, he started his career with the Juvenile Elmwood Pats. Ray continued to play above his age group for most of his career. Between 1935 and 1939, Ray played simultaneously with the Juvenile, Junior, and Senior Pats. The Pats were the powerhouse of the 1930’s with their Juvenile, Junior, and senior teams winning three championships each between 1937 and 1939. Ogston was key cog on all three teams, scoring consistently at all three levels. The Winnipeg Free Press described his play: “Ray Ogston who led the Juvenile Pats to the juvenile championship in straight games last week, was the high scorer for the juniors scoring 2 goals and 2 assists in the junior championship game.” In that 3-year stretch he averaged a goal a game for the senior Pats.

In 1937, his sharp shooting abilities were recognized when we was selected to play for the Junior Pats in the Minto Cup play downs against the Vancouver Blue Birds. Along with goal tender, Andy Branigan, Ogston were the two youngest players chosen for the Manitoba Squad. The Blue Birds, British Columbia Provincial Champions, bolstered by ten players who played senior lacrosse during the season beat the Pats 17-10. Stymied by Vancouver goalie, Lloyd Preston, the young undersized Pats, in particular Ogston stood up to the much larger and more skilled Blue Bird through out the entire game.

In the years of 1938 and 1939 Minto Cup play downs were canceled due to financial squabble between the CALA and the provincial organizations. During that period of time the Pats captured the Junior and Senior Championships lead by the scoring of Ogston.

In 1940, Ray and Bill Allum were invited to play Senior A with the Orillia Terriers of the Ontario Lacrosse Association. The Terriers, a good team, had the misfortune of playing the juggernaut, St. Catherine’s A who won 7 of 10 provincial championships in the 1940’s.
After a four-year stint in the Canadian Navy, Ray returned to Winnipeg and played Senior lacrosse. In 1946, his Pats Senior team, senior league champions, played the New Westminster Salonbellies. The game was a fine exhibition of lacrosse, but the Salmonbellies prevailed.

In 1945, Ogston was the secretary-treasurer of the newly formed Elmwood Terriers minor lacrosse. He and the committee were instrumental in the building of Winnipeg’s first out door paved lacrosse box. This box became the epicenter of lacrosse in Winnipeg with most minor league games being played there. The box “cemented” Elmwood’s position as the heart of lacrosse in Winnipeg. The box was left unlocked and young players could spend their days on the floor perfecting their game. For the next 80 years many of Manitoba’s best lacrosse player learned their game on this site.

Ray Ogston, whom the newspapers described, as the “leader of the Pats attack” was humble throughout his career, sharing his success with his team mates. In retirement, Ray volunteered as a driver for Cancer Care Manitoba. Most passengers were unaware they were be chauffeured by one of the best lacrosse players ever produced in Manitoba.