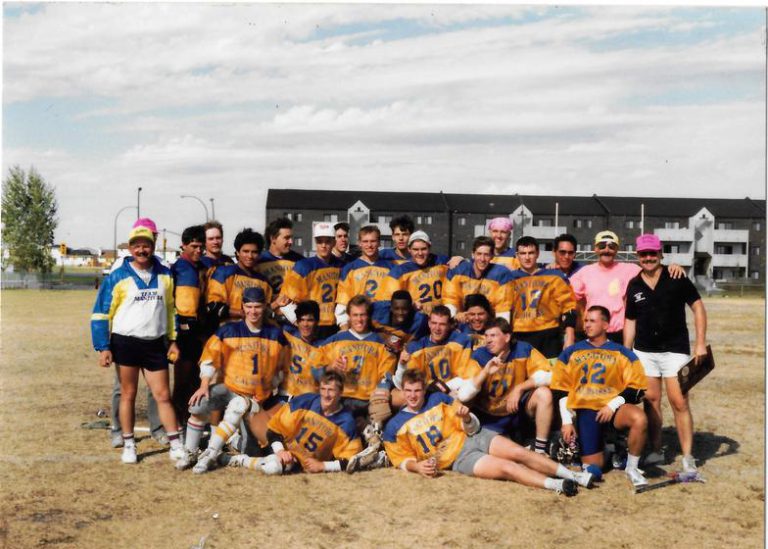 In 1990 the Manitoba Field Lacrosse Team won the National Championship in Junior Men’s Field Lacrosse. Comprised of players selected from various high school field lacrosse programs and the junior box lacrosse league, the team distinguished itself by going undefeated, triumphing over the very best teams from four other provinces, including Ontario’s Oshawa Blue Knights by a score of 19 to 5 in the tournament final. Manitoba’s Gary Audette fired in 16 goals to lead the tournament scoring.