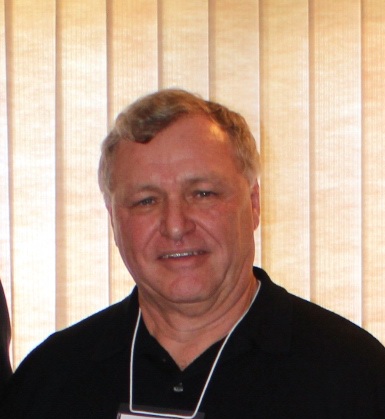 Don’s lacrosse career spanned twelve years, beginning as a nine-year old playing exhibition games at Kelvin Community Centre against other community clubs. In 1967 Don joined the Kelvin Terriers Midget Lacrosse Club and went on to win the provincial championship. The following year Don was recruited to play for the Winnipeg North Stars, an all-star junior team playing in the Winnipeg Senior Box Lacrosse League. The team represented Manitoba at the 1968 Canadian Junior B championships where they lost in the final to Ontario. Don was named team captain and continued to play for the Junior North Stars until 1972, representing Manitoba in three more national tournaments, which included winning the Western Canadian Junior Box Lacrosse Championship in 1971 with a 6 to 5 victory over Burnaby, B.C. in the final. The junior squad also claimed three consecutive Manitoba senior titles from 1970 to 1972. Don joined the senior box lacrosse ranks the following year as his former junior team was transformed into the Transcona Northstars and, later, moved on to play for the Elmwood Shamrocks, winning three provincial senior championships during his time with the two clubs. In addition to his sound defensive play, Don displayed outstanding offensive skills and playmaking ability. He established himself as the League’s top scoring defenseman, tying for the scoring title in 1972 with 71 points (24G, 47A). During his time in the Winnipeg Senior Box Lacrosse League Don represented Manitoba as a player on three occasions in the Canadian Senior B Box Lacrosse Champion-ships. In addition, Don coached the Kelvin Terriers Junior Lacrosse Club to the provincial championship in 1973 and went on to represent Manitoba in the Canada Summer Games. He also coached the Manitoba’s all-star senior boxla squad that reached the final of the 1976 national championships.